Always Wednesday – Without You 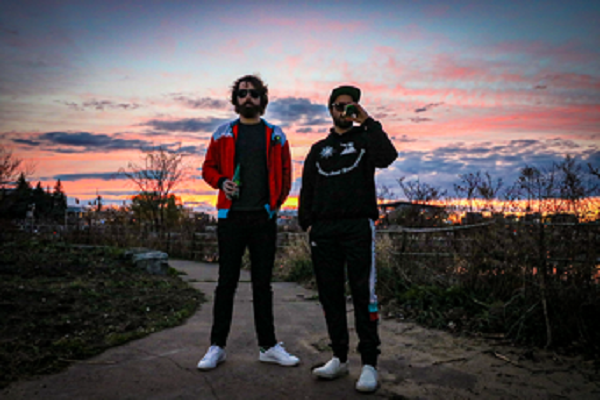 TORONTO, CANADA – Two friends from Canada are expanding the boundaries of Pop music with their unique blend of throw-back sound and modern-day vibes. Taking a cue from the monotony that permeated 2020 thanks to social distancing and COVID restrictions, the two friends created the group Always Wednesday, and on Sept. 17 their first project is set to drop worldwide.

“Amalfi” is a three-song EP that bridges Pop with Emo and Punk undertones against themes of isolation and loneliness during the long Canadian winter that was born from the global pandemic. This moody Pop duo of Patrick Hamilton and Matthew Fleming have tapped into something truly special with this project, and as a debut EP it is set to announce their arrival to the global stage in big ways.

“We grew up playing rock music together and have both really liked the Emo music of the early 2000s,” Fleming said. “As we were going through the winter and it was dark and gloomy, we were talking about how we wanted an outlet to express ourselves. Patrick made a comment at one point that while we were in COVID it felt like we were always stuck in the middle of the week – kind of a, ‘Oh, it’s Wednesday again’ idea. That’s where our name came from, and as we started exploring that idea we were reminiscing about a vacation we took with our girlfriends to the Amalfi Coast in Italy. This project came out of that process.”

Fleming went on to say that both artists like the modern R&B sounds currently being circulated in the industry today, and they wanted to incorporate that into their project. Having developed a rapport with each other while playing together in Toronto Indie band Shipley Hollow, the two found it an easy and welcoming process to write songs together. Drawing on new influences of R&B and Pop artists such as Kehlani, Jhene Aiko, and H.E.R., the two friends combined those sounds with their love for Rock and Emo artists such as The Wonder Years and Dance Gavin Dance. They bounced ideas back-and-forth to one another and shared lyric-writing for each of the three songs. Ultimately, however, Hamilton is the main vocalist of the group while Fleming pushes production.

“His influences are different than mine, but we create something new that way,” Hamilton said. “And because we can take criticism from each other so well, it makes it way easier to blend things really well together. There are things that he does musically that I would never think of, but it adds really tasteful flavors to the songs we make. It’s cool to see how everything comes together that way.”

Always Wednesday said they plan to have a release party for their EP in Toronto on Sept. 18, and that they are working on more music in the coming year.

To listen to Always Wednesday’s music, or to follow them on social media, please visit the following links:

BhramaBull Returns To Drop Off ‘Evolution 2’