Dar.Ra is a renowned Irish rock solo artist, producer, and songwriter, emerging with a pretty much particular approach, he is delivering hits released by EMI and 21st Century artists, his first solo album came out in 2009 entitled “Soul Hours” heavily supported by the critics around U.S and UK including BBC Radio. 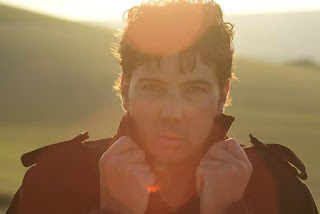 Building a solid career in the music industry, he is known to compose anthems that already reached the Hollywood scene getting his music featured on movies, including “Snakes On Planes.”

Doing a lot of buzz with the tastemakers, he is making an amazing blend of rock and electronic music trying to create something truly unique, allowing this to be a new music genre, self-titled (Rock Step).

Now raising awareness for his upcoming Ep titled Whisky n Honey, we can’t ignore one of his legendary tracks called “Diamonds In The Shadows,” bringing a music video that is referring to escape the rat race theme.

Here you can watch this incredible music video, subscribe to this channel and stay tuned for more on his socials.

[Single] Dynomite2Live ‘Break it Up’

As a recording artist he goes by Dynomite. Based out in Miami, FL and being pursuing music for quite

Check Out The New Single ‘Leave It Alone’ By La Pana!

Error: admin-ajax.php test was not successful. Some features may not be available.

Please visit this page to troubleshoot.