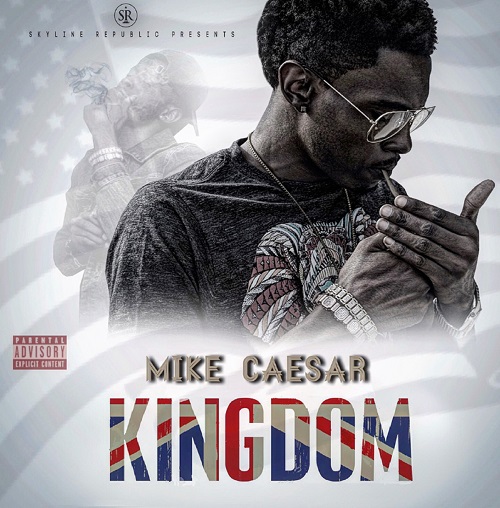 With over 1million streams via Spotify and Apply Music, Mike Caesar could have won an indie award for “best kept secret” at least the past three years in a row, and with his new “Kingdom” ep he aims to make it four. Mike shines consistently and exceptionally well on the seven song project, delivering very well written introspective, personal lyricism, while noticeable stepping up the bars and wit we have grown to love from the “Sip Hova”. The project opens with “McKinney Exit”, the soothing, yet bouncy intro to the project. It’s on “McKinney” that the tone for the album can be found, where Mike is speaking from a reflective point of view. It’s clear that he is headed somewhere special, and on this journey he has encountered a lot. Mike is his most vulnerable on “Boxing With My Demons” featuring MMG artist Gunplay, detailing about a recent divorce and death of his father, and struggling with balancing his bipolar disorder, responsibilities and success. There are too many quotable from the project, “Anyways” and the sure to be club hit “Money on the Dresser” possibly provide the most. “Money on the Dresser” contains a Pimp C sample, where the late Texas legend instructs the youth, “Don’t steal from your brother!”, and the classic Pimp C verse makes up most of the hook. Overall Mike Caesar delivers an above average project, and with Kingdom coming so early in the year, we have to assume Mike is gearing up for a big 2018. Mike Caesar’s “Kingdom” tour begins 3/15/18 in New Orleans, and you can also catch Mike Caesar at SXSW this year in Austin, TX.