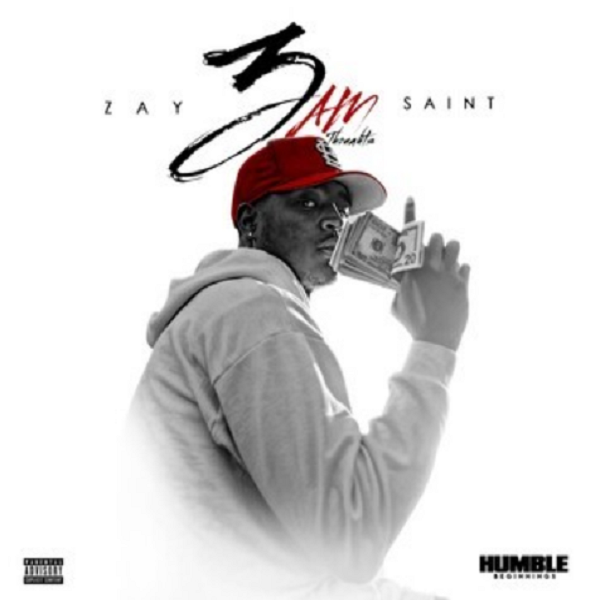 LOUIS, MO – Anyone who’s been awake in the wee hours of the morning knows that the mind mulls over some weird, random things during that time. ForZaySaint, the early morning hours are the perfect time to explore the vibes and messages he wants to share with the world through his unique brand of music. And he captures those vibes in full effect with his six-song EP “3 A.M. Thoughts,” which is currently available across all streaming platforms.

Hailing from St. Louis, Missouri – where the area code is 314, which also plays into the title of his EP – this young up-and-coming artist has long been a fan of music but has only recently put his full attention to making it a full-time career. With this EP he’s essentially serving up notice to the world that he’s a bona fide recording artist with the chops to make it in the industry. And with lyrics and stories that give people an inside look into what makes him tick as an artist, “3 A.M. Thoughts” is the kind of breakout project that is sure to put him on the map.

The debut single from the project is a song called “Lately,” featuring female vocals from IAmmTamm, and raps from another St. Louis rapper named NotMixedEnough. It’s a song about being reflective of life’s problems and the choices one makes when trying to get through difficult situations.

“A lot of St. Louis artists tend to be more into the Chicago Drill type of music, but I’m more of the J.Cole type of artist who speaks on life and the honesty between what we’re going through in life,” Zay said. “I’m not rapping about money, clothes and hos. I’m speaking from the true standpoint of a regular person and how I’m maneuvering through life and enjoying life.”

Growing up in St. Louis exposed Zay to the hardcore realities of life at an early age. Dubbed the most violent city in the U.S., St. Louis served as a rough school for young Zay, but it also inspired him to rise above his circumstances and find healthy outlets away from the violence and crime. His love for music gave him comfort in the midst of those difficult situations, and eventually he started turning his life experiences into song lyrics. It became therapeutic, and soon the songs he was creating were resonating with others in his area. The hobby became a passion, and even while he traveled with the world for five years serving in the military he still continued to create music that served as a voice for people who shared his life experiences. Inspired by artists like J.Cole – who stand out and create their own lanes in the music industry – Zay plans to do the same.

“I want to light a spark in the minds of my listeners and leave a lasting impression,” he said. “If people are having a bad day then they can go to my music to pick their spirits up. If they feel like they’re at the bottom of the bottom, they can listen to my music and grind a little harder. More than anything else I want my music to be influential. You might be down right now, but my music will get you in that mode to get you back in the grind.”

To listen to Zay Saint’s music, or to follow him on social media, please visit the following links: